Former Board Chair Highlights the Significant Work of Accredited Zoos

Former Board Chair Highlights the Significant Work of Accredited Zoos 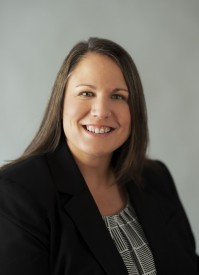 Happy New Year – 2022 is going to be an exciting year here at the Rosamond Gifford Zoo! With so many changes, events and grand openings scheduled this year, it’s important to remember the reason why we are doing this.

Bob Linn, former chair of the Friends of the Zoo Board, has written a thoughtful and eloquent piece published in the January 2022 issue of the Jewish Observer on why the zoo is an AZA accredited zoo and why it matters. I hope you will take a moment to read his message.

We can’t thank Bob and his wife Zalie enough for being ambassadors for all zoos. Thank you!

Jewish teachings in the Torah connect people to animals, and that connection is seen throughout the Bible and in Jewish literature.

In Genesis 1:28, God said unto man “Be fruitful, and multiply, and replenish the earth, and have dominion over the fish of the sea, and over the foul of the air, and over every living thing that creepeth upon the earth.” Jewish scholars have read the word “dominion” to mean that man is not solely to have control over other species but rather man should have responsible stewardship over animals and provide for their health, safety and replenishment.

In other areas of the Bible, the Lord warns against destroying nature and wildlife and makes it man’s responsibility to protect the earth and the environment. I’ll leave environmental considerations of protecting our fragile planet to others to discuss, and I will focus on wildlife and how “accredited” zoos, including the Rosamond Gifford Zoo at Burnet Park, work to protect many species of endangered animals.

My wife Zalie and I moved to Syracuse in the early 1970s, and after getting established in our profession, visited the City of Syracuse Burnet Park Zoo. For many different reasons, some likely budgetary, the zoo was not a proper habitat for the care and well-being of its residents nor was it much of an educational facility. The zoo was closed in 1982 and taken over by Onondaga County. It went through a massive renovation and reopened in 1986 to become, after additional renovations and expansion, what is today one of the finest zoos in the nation as a zoo accredited by the Association of Zoos and Aquariums (AZA). While there are over 2,000 “animal exhibitors” in the United States, there are only 241 accredited zoos.

The AZA accreditation process, which is no small task for the AZA and the local zoo, “evaluates every zoo or aquarium to make sure it meets AZA’s standards for animal welfare, care and management, including living environments, social groupings, health and nutrition.” The AZA also makes sure that “animals are provided with enrichment, which stimulates each animal’s natural behavior and provides variety in their daily routine.” The accreditation process also “evaluates the veterinary program, involvement in conservation and research, education programs, safety policies and procedures, security, physical facilities, guest services and the quality of the institution’s staff."

Over the years, we visited the Rosamond Gifford Zoo frequently. I became a volunteer board member of the Friends of the Rosamond Gifford Zoo and ultimately became Chairman of the Board of the Friends. We have visited other zoos on travels to Toronto, Philadelphia, New York and San Diego as well as visiting aquariums in Boston and Mystic, Connecticut. Some years ago, we spent three weeks in Kenya observing animals in their natural habitats.

During all these visits and travels, we learned the importance of zoos in a community to complement other educational and arts organizations that make up the fabric of a community and make a community a good place to live, learn and raise a family. That is why we have given financial support to the creation of specific Rosamond Gifford Zoo exhibits – penguin, elephant, Amur leopard and more recently the new animal health center, as well as annual general support.

Many people find zoos to be inappropriately housing animals that should be in the wild. We believe that zoos can, if appropriately managed, maintained and accredited, play an important role in the education of young and old alike as to the importance of man having, in the Jewish tradition, “dominion” over wildlife and protection of individual species that are endangered in the wild.

As an AZA accredited zoo, our Zoo participates in very important programs of the AZA. The AZA’s Taxon Advisory Groups (TAG) work to examine the sustainability and conservation needs of entire species and to develop recommendations for population management and conservation based upon the needs of the species. While most of the animals at our Zoo fall under the AZA’s Species Survival Plan (SSP), our Zoo is charged with running “stud books” for at least four species under TAG. These programs support the continued viability of many species through genetic diversity and managing the populations of animals throughout the country. This is why you read about animal movement between zoos and why the propagation of many species is controlled by the AZA through coordination of accredited zoos.

I. Richard G. Conway, a long-time member, officer, and director of the Wildlife Conservation Society and also the President of the AZA, who recently passed away, was quoted as saying, “The justification for removing an animal from the wild for exhibition must be judged by the value of that exhibition in terms of human education and appreciation, and the suitability and effectiveness of the exhibition in terms of each wild creature’s contentment and continued welfare.” Conway was also a strong supporter of animal conservation projects around the world. Locally the Friends and the local chapter of the American Association of Zookeepers also have provided support for conservation around the world.

While we had the great opportunity to view animals in their natural habitat in Africa, very few people get to do this. Because of our local zoo’s accreditation and its participation in the AZA TAG/SSP programs, we strongly support the local zoo. The AZA and the Rosamond Gifford Zoo work hand in hand and justify exhibiting animals from the wild as part of man’s “dominion” over wildlife.

I am proud of our community’s efforts to care for endangered animals and to teach respect and stewardship over animals of the earth.

Robert H. Linn is the retired managing partner of Ernst & Young, Syracuse and former Chairman of the Board of the Friends of the Rosamond Park Zoo at Burnet Park