Friends of the Zoo Hires Phil Austin as Director of Finance

Friends of the Zoo Hires Phil Austin as Director of Finance 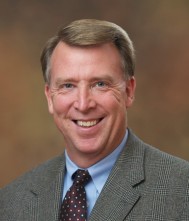 Phil has more than 20 years’ experience in hotel and hospitality financial accounting and management. He also is former publisher of the Oneida Daily Dispatch newspaper.

A native of Fairport, Phil holds a bachelor’s degree in business administration from Oswego State University. After college, he packed up and followed his then-girlfriend, now wife, Amy, to Phoenix, AZ, and got a job as a waiter in a Wyndham hotel. He took advantage of the Wyndham Hotel’s Management in Development program to train as a front desk and housekeeping manager, a role that took him to Nashville, TN.

In 1998, Wyndham took over a former Marriott on Syracuse’s Carrier Circle and Phil moved back to CNY as Controller for that property. In 2002, the hotel was “downsized,” so he shifted to the newspaper industry as Controller for Oneida Publications, Inc., publisher of the Oneida Daily Dispatch and three weeklies. In 2005, he was promoted to Publisher and General Manager, overseeing six department heads with 72 employees.

In 2010, with newspapers experiencing a downturn, he returned to the hospitality industry as Controller for the Crowne Plaza Syracuse hotel and also served as regional controller for three other Crown Plaza hotels in the Northeast. He has since served as Director of Finance for the Sheraton University Hotel and the Marriott Syracuse Downtown.

Phil said he is excited to be working at a place he has often enjoyed with his wife and their two children who are now in college. “I like the idea of supporting the zoo in any way I can,” he said.