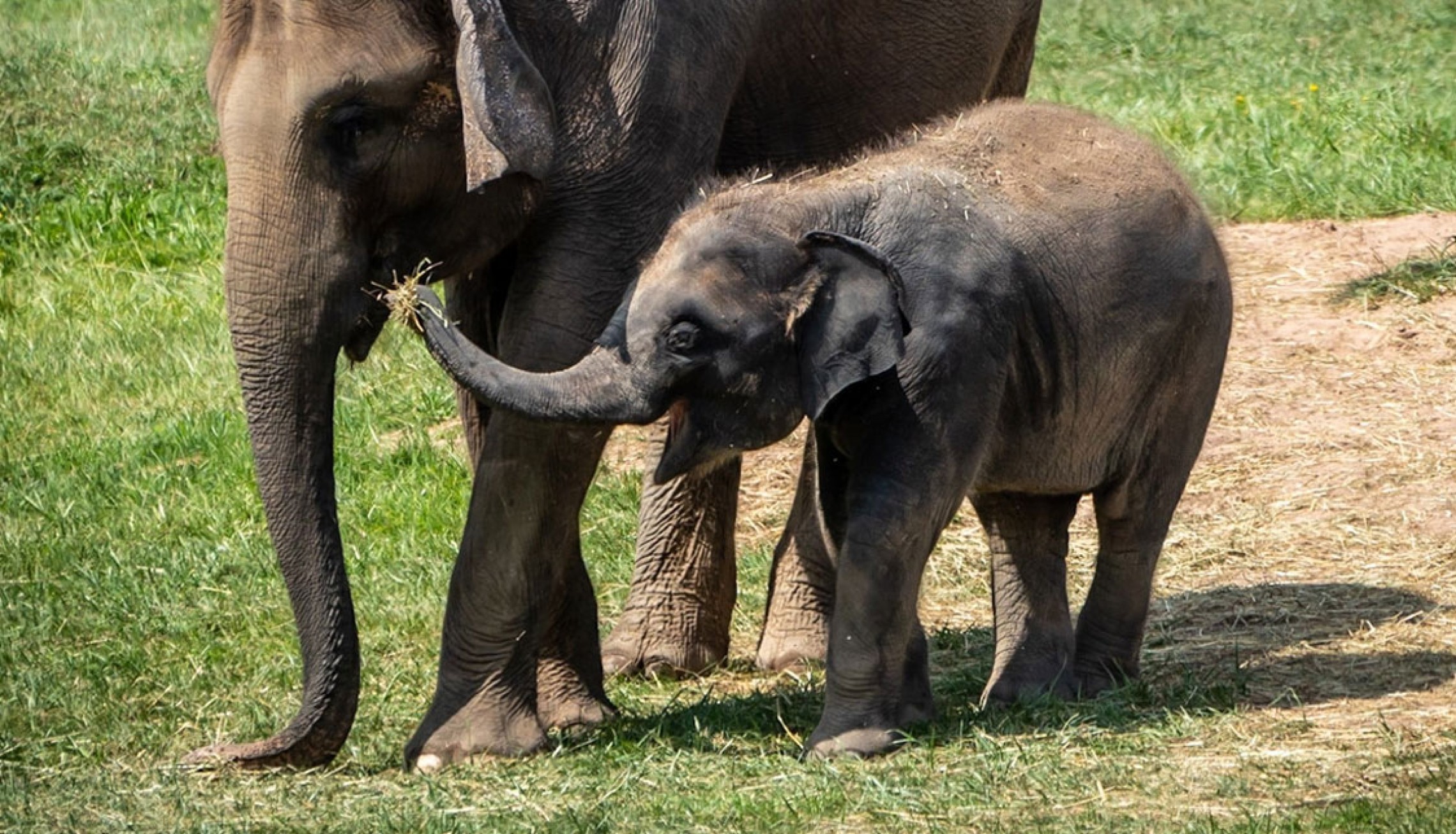 SYRACUSE, NY, December 9, 2020 — The Rosamond Gifford Zoo is mourning the sudden death of its youngest elephant calf, Ajay, on Tuesday from EEHV, a lethal strain of herpes that targets Asian elephants.

Ajay, who would have turned 2 this coming January 15, was the beloved baby of the zoo’s elephant herd and the second calf born at the zoo to his mother, Mali, and father, Doc. His big brother, Batu, age 5, remains in treatment for the virus and is still at risk, said Rosamond Gifford Zoo Director Ted Fox.

EEHV, or Elephant Endotheliotropic Herpes Virus, is the biggest killer of young Asian elephants and can cause death within 24 hours in those under age 8. EEHV was discovered by the Smithsonian National Zoo Conservation Biology Institute in 1995 after the National Zoo lost a 16-month-old elephant calf to the disease. The Smithsonian established the National Elephant Herpesvirus Laboratory as a result, and the Rosamond Gifford Zoo is a member institution that sends blood samples from its elephants to the lab twice weekly to monitor for the disease. EEHV is believed to be naturally occurring among elephants in a latent form that can become active without warning.

Last Thursday, a blood sample from 5-year-old Batu tested positive for EEHV, and the zoo began aggressively treating him although he had no symptoms. Batu remained asymptomatic over the weekend even as subsequent blood tests showed that the levels of virus in his blood were growing exponentially by the day.

While treating Batu, the zoo and its Cornell University veterinary team were closely monitoring his little brother, Ajay. Ajay showed no symptoms until the end, Fox said. On Monday night, he was playful and happy as usual. By Tuesday morning, there was some swelling around his eyes and his tongue was slightly darkened, signs that EEHV is active.

Although Ajay wanted his morning bath and ate some of his breakfast, he seemed tired, Fox said. “Within two hours, despite the tireless efforts of the zoo and Cornell veterinary staff, he was gone. That is how awful this disease is, especially with young elephants. When it hits, it hits hard.”

Fox said the entire herd was given the opportunity to spend time with Ajay after his death as elephant families do in the wild. He said the staff are shocked and grief stricken, but are focused on taking care of Batu right now. “Every institution that works with elephants knows this is a risk,” he said. The zoo previously lost a female elephant calf, Preya, to EEHV at age 3 in 2003.

Onondaga County Executive Ryan McMahon said Ajay held a special place in his heart as he was one of the first humans to interact with him after his birth in 2019 and had many opportunities to enjoy his spunky personality since.

“Ajay was a very special little elephant and I know I speak for our entire Central New York community in expressing my deepest condolences to everyone at the zoo who took such good care of him,” McMahon said. “You are in our hearts and you have our support.”

Fox said Ajay has been taken to Cornell University College of Veterinary Medicine and his death will contribute to study of EEHV, which also affects Asian elephants in the wild. He said the loss of Ajay will make a difficult year even harder for the zoo and the many people who love and support its elephants.

Ajay, pronounced “Ah-JYE,” will be remembered as the most precocious baby elephant the zoo ever experienced. He surpassed his older brother at every milestone and could often be seen running up to Batu for a play wrestling match or a dunk in the elephant pool.

His name was chosen by the public in an online vote after the elephant team picked five contenders, then campaigned heavily for their top choice, Ajay, because it means “invincible” in Sanskrit.

“Although he was not invincible to this disease, Ajay definitely had an invincible personality and we will never, ever forget him,” Fox said.