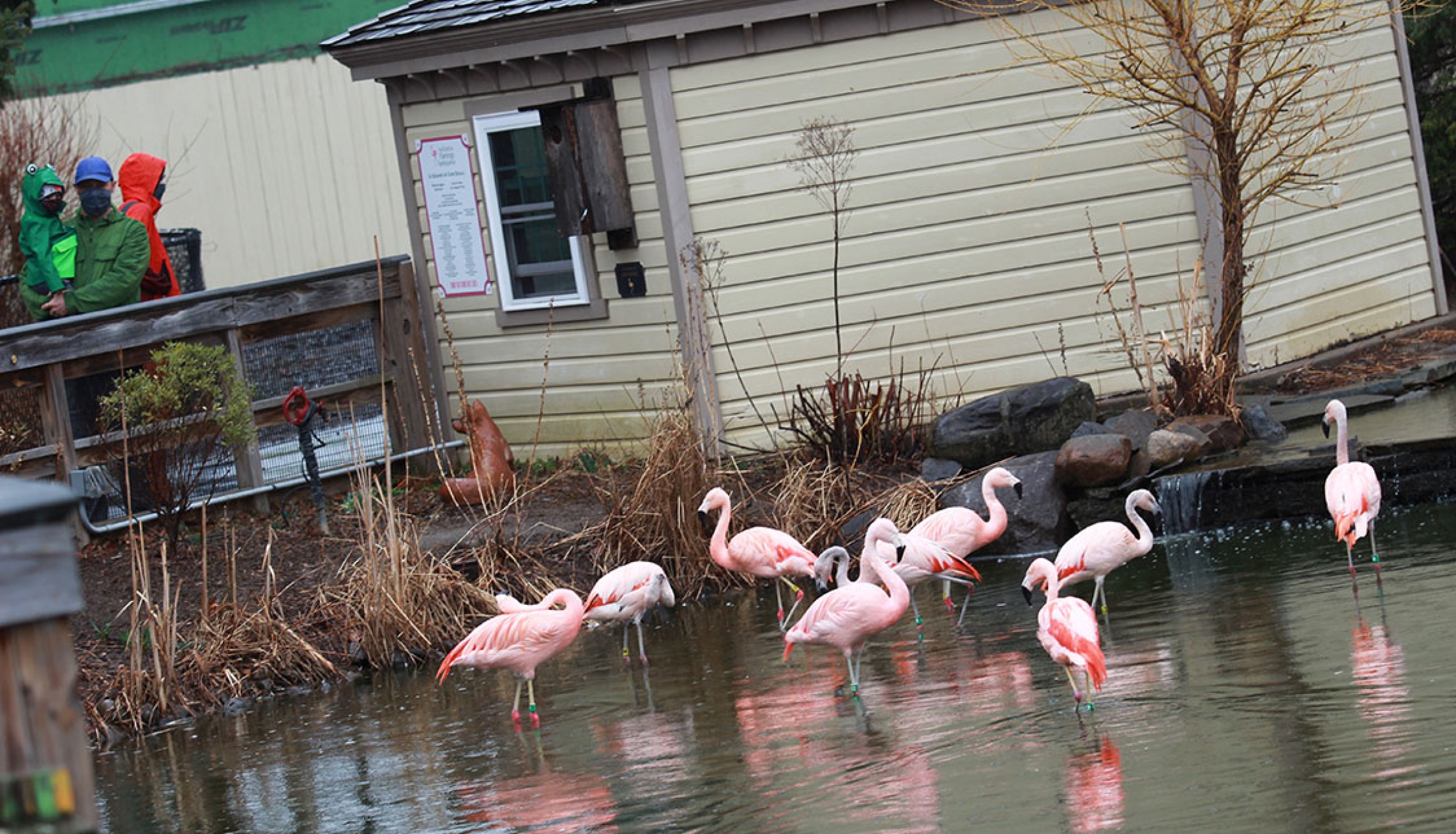 SYRACUSE, NY, March 24, 2021 — The Rosamond Gifford Zoo’s famous flock of flamingos has nearly doubled in size with the addition of six new birds from the Fort Worth Zoo.

The zoo jumped at the opportunity to increase its flock of seven Chilean flamingos to boost its chances of having chicks in the future, said the zoo's bird manager, April Zimpel.

Zimpel learned last fall that the Fort Worth Zoo was seeking to rehome 29 Chilean flamingos and immediately expressed interest in acquiring some. The cost to get them to Syracuse amounted to more than $2,000 per bird, so the zoo needed at least $14,000 to double its flock.

Zoo Director Ted Fox recalled that zoo volunteers had been instrumental in bringing the first flamingos to Syracuse in the mid-1990s and suggested that maybe the zoo’s current volunteer cohort would be interested in helping add to the flock.

Since a flock of flamingos is called a “flamboyance,” Friends of the Zoo Development Director Heidi Strong pitched a volunteer-led fundraiser called the Fund for Flamingo Flamboyance. About two dozen zoo volunteers raised their hands to help.

The volunteers sold “Flock Star” T-shirts, held an online auction of flamingo-themed gift baskets and encouraged friends and family to contribute via a dedicated donation site. They raised over $14,000 within a month, allowing the zoo to opt in for six new flamingos.

Zimpel recruited her dad for the mission to fly to Texas, build a flamingo enclosure in the back of a van and drive 30 hours through seven states with their feathered freight. They and the birds arrived safely in Syracuse on January 6. See the whole flamboyant feature in the zoo’s current issue of MyZoo Magazine.

Over the last couple weeks, the zoo’s seven older flamingos have been off exhibit while the bird care team gradually introduced them to their new flock mates. Zimpel said they also introduced the new birds to some of the other ducks and geese that share the zoo’s waterfowl pond.

On Wednesday, Zimpel and her team moved the whole flamboyance out to the pond, where they can how be seen on exhibit daily.

Zimpel said the six younger birds are all age 2 or under, and all but one were hand-reared. Chilean flamingos hail from temperate climes in South America, so unlike their Caribbean cousins, they can tolerate Syracuse’s range of weather.

Reservations are still required to visit the zoo. See how to reserve your visit at rosamondgiffordzoo.org. 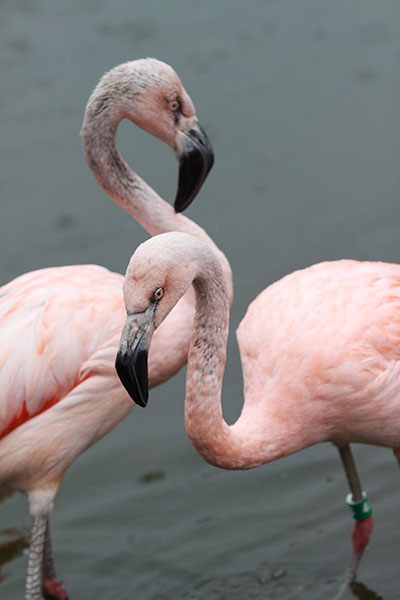 The new additions are all under age 2 and still have some of their juvenile gray coloring; they will get pinker with age.