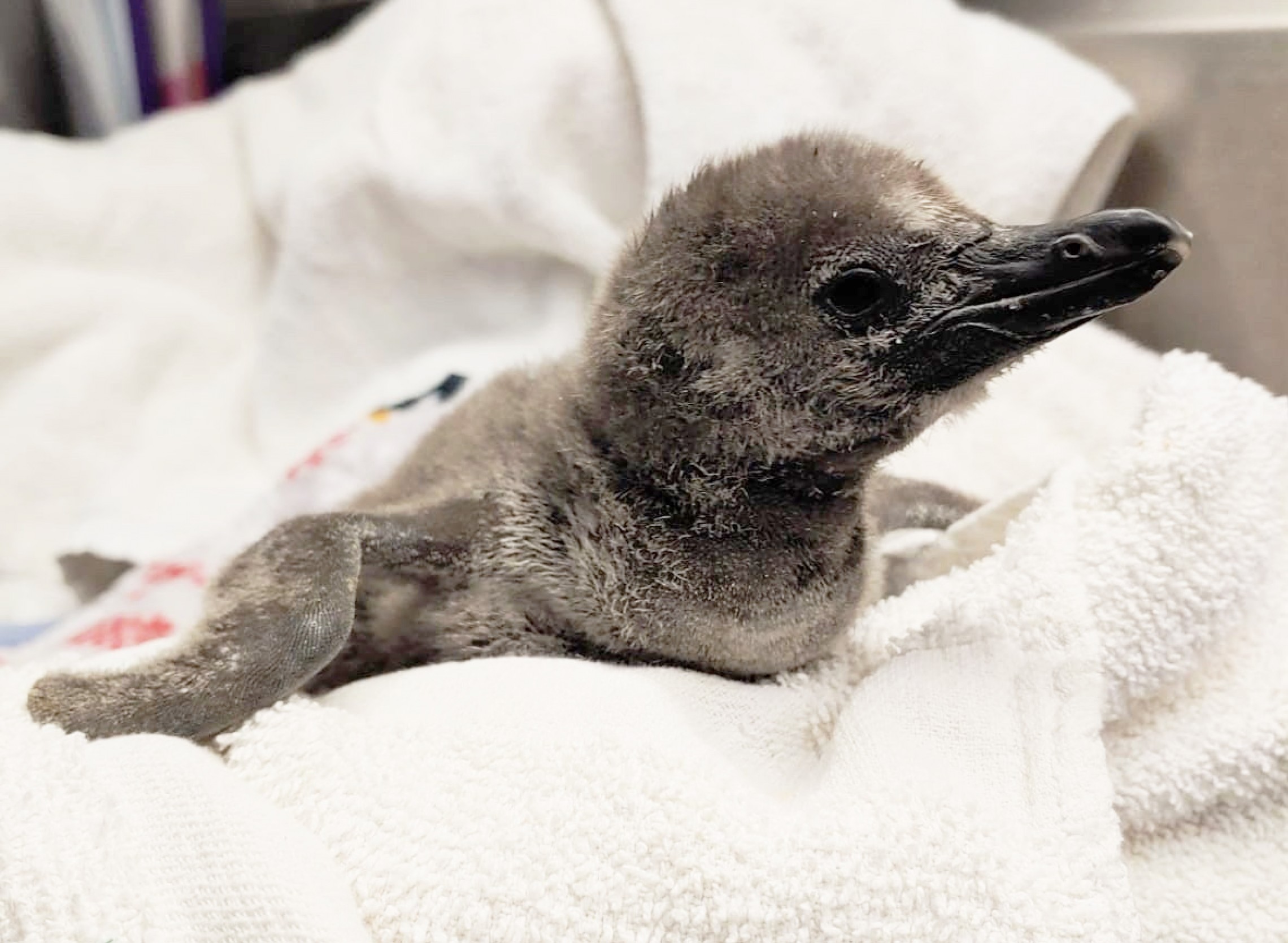 SYRACUSE, NY, April 15, 2021 — The Rosamond Gifford Zoo has welcomed its second Humboldt penguin hatchling of 2021 and is holding a second naming vote for the new chick.

The zoo’s first chick of the year was a female that hatched on February 4 and was named Opal after that name won an online naming vote.

The second chick is a male that hatched on March 19 and has been in the care of its parents, Veinte and Poquita. It weighed 127 grams (4.4 ounces) at its first weight check on Monday, March 23, and weighed 854 grams (1.8 pounds) at its most recent weight check on April 13.

The new chicks is among more than 50 to hatch at the zoo since it established its colony of Humboldt penguins in 2006. The zoo has sent many penguins raised here to other accredited zoos and aquariums in the Association of Zoos & Aquariums (AZA) as part of the Species Survival Plan for this species, whose wild population is listed as vulnerable in their habitat in South America.

The zoo’s penguin team has selected five names that reflect Humboldt penguins’ native habitat, the Pacific coast of Chile and Peru. Most of the contenders also reflect the animal care staff’s latest naming theme: herbs, spices and flavors. You can help choose the winning name for the chick from among these candidates:

and complete the online form. Voting will be open until midnight on Sunday, April 18. The zoo will announce the name of the chick on Monday, April 19.