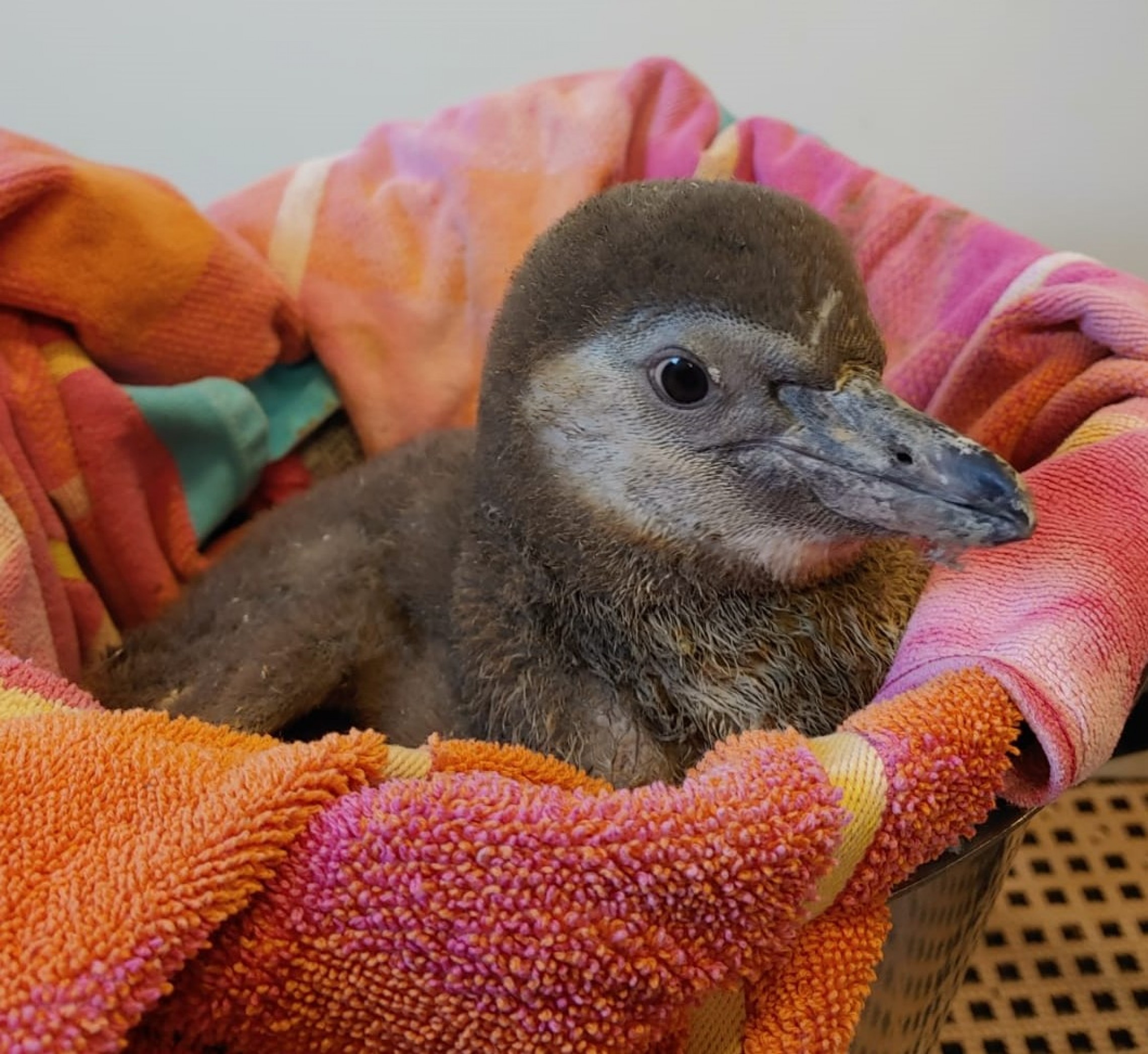 The public is invited to help fill in the blank with an online naming vote for the new chick, which is a female.

The chick hatched February 4 and has been in the care of its penguin family, but will soon be ready to receive its daily diet of fish from the hands of keepers just like the rest of the 25-bird colony.

The chick is among more than 50 to hatch at the zoo since it established its colony of Humboldt penguins in 2006. The zoo has sent many birds to other accredited zoos and aquariums in the Association of Zoos & Aquariums (AZA) as part of the Species Survival Plan for this species, whose wild population is listed as vulnerable in their habitat in South America.

The new chick has a non-traditional family that’s not unusual at the zoo. It is the offspring of one penguin pair, Juan and Rosalita, and the foster chick of another, Luis and Calypso.

Since biological parents Juan and Rosie have a history of inadvertently breaking their eggs, the penguin team decided to give one of their eggs to another pair, Luis and Calypso, who are not recommended to breed by the SSP.

Luis and Calypso incubated the egg as if it were their own and have fed and cared for the chick since it hatched, said Bird Manager April Zimpel.

“They built an amazing nest this year,” she said. “It was their first time fostering and they really knocked it out of the park.”

The chick weighed 179 grams or 6 ounces at its first weight check at four days old.  It weighed in at 3.52 kg., or 7.7 pounds, at its most recent weight check last week, Zimpel said. When a chick is healthy and developing well, keeper staff try to remain as hands off as possible to avoid stressing parents and chick.

Once a chick is big enough to be weaned from parent feeding, keepers will teach it to take fish from their hands. Every adult bird in the colony is hand-fed so the penguin care team can keep track of each individual’s food intake and nutrition.

The penguin team has selected five potential names for the chick that reflect her habitat of origin, the Pacific coast of Chile and Peru.

The candidates and their meanings are:

To cast your vote, please click HERE and complete the online form. Voting will be open until noon on Friday, April 2. The zoo will announce the name of the chick later that day.